How intelligent are Squirrels? 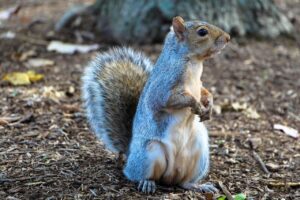 Squirrels are one of the smartest animals around, perhaps everybody will remember them for their ability to bury food, simply to trick onlookers. Squirrel removal service Ann Arbor, MI may give first hand experience on the brilliance of the animals.There are several ways to consider the smartness of squirrels.
You know how tough it is to hang a bird feeder in your backyard and keep the squirrels away. It takes a lot to deter them– no matter what you do, they can always figure out how to steal a snack. Discouraging as it may be, it’s simply one indicator of how smart and adaptable these backyard animals are.

While a squirrel isn’t going to write the next bestseller or ace a calculus class, the squirrel is intelligent in his own way. When taking a look at animal intelligence, people should not evaluate animals by human standards. The very best way to judge animal intelligence is how well they adapt and use the world around them. Squirrels are experts at adjusting, capable of living practically anywhere, so much so that in some locations they are considered as pests. Memory and abstract thought are two hallmarks of intelligence that squirrels have actually shown they’re capable. 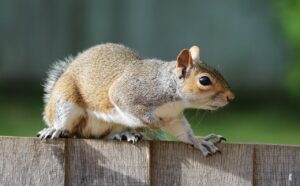 Squirrels are quick learners, capable of learning by watching. Squirrels would see another squirrel remove a nut from one of two pots. The squirrels learned quickly that if the squirrel they watched took the nut, the pot would be empty and that going for the opposite pot was the better bet.

Squirrels bury nuts in order to have access to them later, a skill that’s not very handy if they can’t remember where they hid them. Squirrels have shown they are capable of remembering where they have actually buried nuts. In a study carried out at Princeton University, grey squirrels can use spatial memory to recover nut caches they had buried. They can keep in mind good sources of food from year to year. Squirrels are likewise efficient in memorizing the most convenient route up a tree to get back and forth from their nests.

If a squirrel comes across another squirrel’s cache of nuts, he’ll happily take them for himself. Squirrels will pretend to bury a nut if they know they are being watched and wait till they are alone to really hide it.

Just How Smart Are Squirrels?

With all these features, one can conclude that squirrels are indeed one of the most intelligent animals in the world.
Read More On
Do Squirrels Make Good Pets?