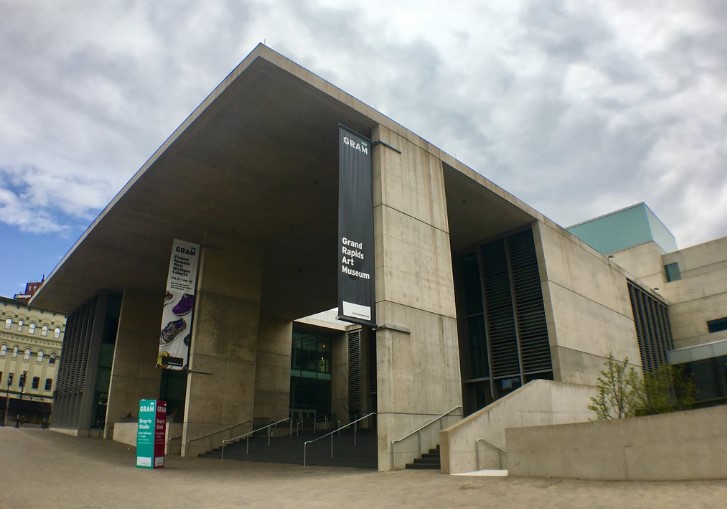 The Grand Rapids Art Museum (GRAM) is an art museum located in Grand Rapids, Michigan with collections ranging from Renaissance to Modern Art and special collections on 19th and 20th-century European and American art. Its holdings include noteworthy modern art works such as Richard Diebenkorn’s 1963 Ingleside. The museum has in its collection 5,000 masterpieces, consisting of over 3,500 prints, drawings and photographs. Grand Rapids Michigan Information.

The museum was founded in 1910 under the name Grand Rapids Art Gallery, which was quickly become its present name. Initially based in a former home at 230 Fulton Street, it relocated to the historic Federal Building on Pearl Street in 1981.

In 2004, building began on a new green museum building, which was to be the world’s very first LEED licensed art museum. The 125,000 square feet (11,600 m2) building, which features 20,000 square feet (1,900 m2) of gallery and exhibit area, has been certified LEED Gold. [3] London-based Munkenbeck+ Marshall Architects was designated architect for the brand-new structure in 2002 and established the style from initial concept to building file phase. In summer season 2004, the museum board ended Munkenbeck+ Marshall’s participation and hired designer Kulapat Yantrasast of wHY Architecture to finish the job.

GRAM is the world’s first LEED ® Gold qualified art museum. The 125,000 square feet (11,600 m) structure, which includes 20,000 square feet (1,900 m) of gallery and exhibit space, has actually been accredited LEED Gold. London-based Munkenbeck+Marshall Architects was designated designer for the new structure in 2002 and established the style from initial concept to construction file phase. In summertime 2004, the museum board worked with architect Kulapat Yantrasast of wHY Architecture to finish the project.