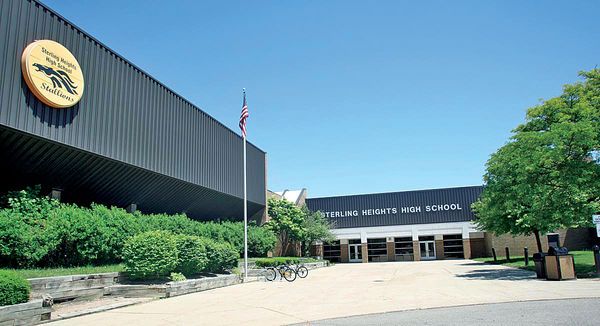 The school opened in 1971. Initially, as was WCS policy at the time, it served grades 10-12, while grades 7-9 were served by the junior high schools, however, since 1993 it has actually complied with the conventional American high school design and included 9th grade.

In 2015 Sterling Heights High School was one of 68 schools in Michigan to be given the silver medal designation by United States News and World Report.